The sound of Aragon. Jotas at Fiestas del Pilar 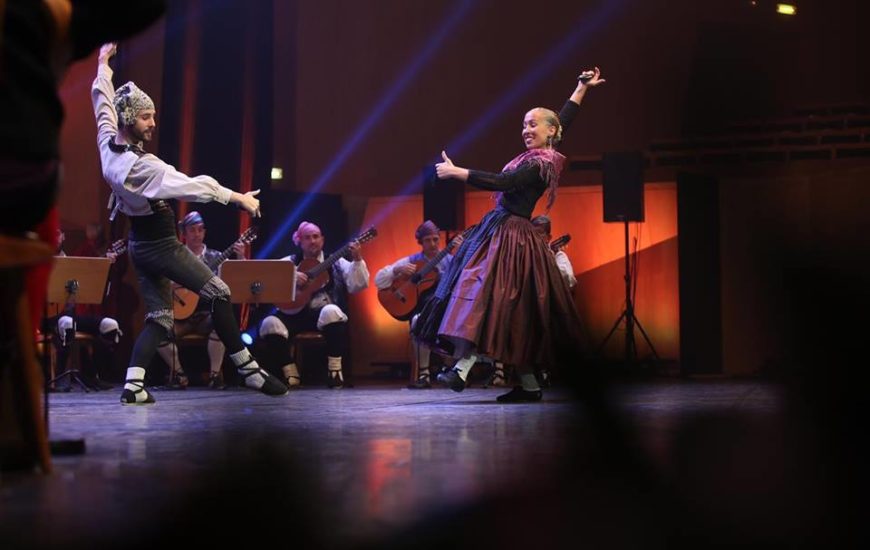 The Aragonese Jota is one of the most known and felt manifestations of Aragonese folklore, rich and varied in its manifestations and artistic and musical expressions. Because of its uniqueness and as one of the most beautiful manifestations of our rich folklore, it is an essential asset of our Cultural Heritage. His musical wealth, the inexhaustible repertoire of his lyrics (songs and choruses) and dances, and the variety of his records (from satire to elegy) give rise to a very deep and immediate sense of belonging to a territory in the Aragonese population and identification with his past.

To his rooting and wide diffusion beyond the limits of this old Kingdom have contributed of marked form the work, the constancy and the tenacity of many Aragonese, that, integrated in folkloric groups and cultural associations of all type , they have managed to maintain the flame of this cultural heritage to transmit it, happily stoked, to future generations. A mission to which the collaboration of the Aragonese media has not been oblivious.

On its origin and historical evolution there are numerous hypotheses, which refer to a past of rich cultural hybridization, transmitted orally until the end of the eighteenth century, the nineteenth century being consolidated in all its splendor, passing from the field of streets, squares, workplaces, etc., to the most organized contests and competitions (just remember the Official Jota Aragonesa Contest, which is now 126 years old). Thus, a new path marked by research, the recovery of songs and dances from the past and professionalization begins, with everything that implies a firm commitment to excellence, without prejudice to its survival in the popular sphere. The Aragonese Jota would certainly not be what it is without talent, perseverance and a job well done, developed by associations, groups, figures of the jota sung and danced, jota schools, musicians, interpretation companies and folk groups, as well as researchers and scholars in general, who have known how to lead it along the paths of tradition and creativity.

If in Aragon it transcends folklore to reach the category of true symbol and hallmark of an entire town, the Aragonese Jota has finally spread and exceeded the limits of the Autonomous Community to expand throughout Spain and Latin America, reaching even the Philippines. Much has had to do in this the presence of Aragon in the world through work, as overflowing with passion as generosity, developed over the last century by those embassies of exception that are our Houses and Centers of Aragon Abroad .

On the other hand, the Aragonese Jota has also overflowed the strict boundaries of popular folklore to end up inspiring other areas and territories of artistic and cultural creation: Sorolla, Marín Bagüés or Gárate, in painting; Albéniz, Falla, Granados, Ravel, Glinka, Liszt, or Balkirev, in music; Rey and Saura in the cinema; or Moiseyev in the dance, they do not exhaust the references but they are a good example.

The Aragonese Jota brings together a series of cultural, musical and artistic values, reinforced by the feeling of belonging to the Aragonese community. The capacity of transmission and vitality of the Aragonese Jota is such that its presence is habitual in all types of celebrations and events, being ensured its generational relief through folkloric groups and jota schools mainly.

Valencia, the land of a thousand bands. 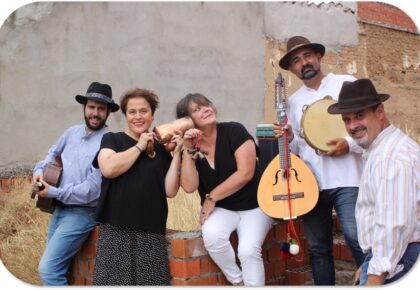