It is always a pleasure to organize a trip for young boys and girls in Spain. In this case the Appleby College music band came all the way from Oakville in the province of Ontario in Canada.

Organizing an itinerary through Spain for such young people is always a challenge. It is necessary to offer a balanced trip where education, live playing and fun have to be present in an intelligent way so that the boys and girls do not get bored. It has been an intense journey where there was continually something to do or see.

In this case we have prepared 15 days with very different activities and events with the purpose of offering a vision, as wide as possible, of the Spanish culture. We have gone through cities such as Madrid, Segovia, Toledo, Valencia and Barcelona.

In Madrid we had the opportunity to spend two incredible days with two secondary schools with a clearly musical focus within their daily agenda. In these two places the boys and girls of Appleby College offered a concert for the students and exchanged knowledge with their Spanish musician colleagues.

Near Madrid are the cities of Segovia and Toledo. These two cities offer a spectacular architectural heritage. In Segovia we took the opportunity to visit the Jewish quarter and enjoy a private concert of Sephardic music. In Toledo we conducted some workshops on rhythms and dances of the Castilian folk. Of course, we could also taste the rich local cuisine.

One of the best moments was experienced in Valencia where the boys and girls of Appleby College could experience what it is like to play in a band in Valencia. The occasion was also special because at that time they were celebrating Las Fallas which is the most important festivity in the city.

The last days of the trip, but not the least, were spent in Barcelona knowing the city, its modernist architecture and the most important buildings of the great Gaudí.

We also had time to get to know the B-side of the city and offer a concert for children at risk of exclusion in a suburb of Barcelona. The final point was the concert of a well-known Catalan rapper in a youth center dedicated to offering advice and training for young people in the city.

Spain is Music organizes tailored made trips for groups of friends, high school bands, choirs and associations. If you want to perform in Spain or simply get to know Spain through its music send us an email info@spainismusic.com 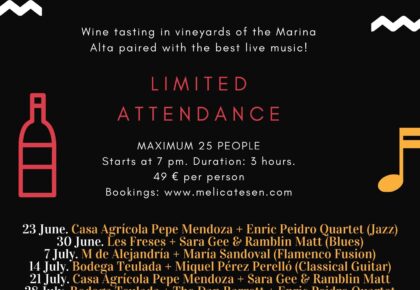 Marina Alta’s Cellars let the music sound in their vineyards 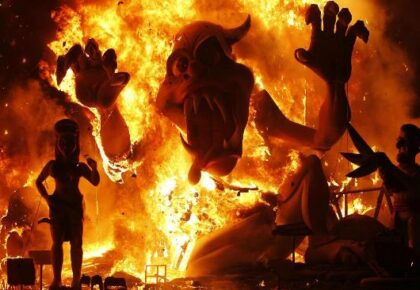 Marina Alta’s Cellars let the music sound in their vineyards
May 20, 2021 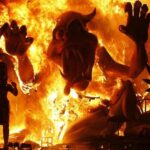 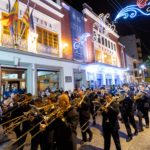 San Sebastian’sTamborrada. The beat of the Basque Country
January 6, 2021 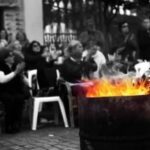